Our annual snowboarding trip had arrived and after looking initially for a week in Europe, then comparing prices to our favourite destination, Canada, we found that for a little more, we could have 10 days, two for one lift passes, which is worth around £400, and snowboarding in one of the best destinations in the world, (in our opinion, who, by the way, hasn’t been to that many snowboarding destinations, so has no real authority to comment).  No brainer, Canada it is, again, 4th year running, you only live once right?.

Honestly, travel gets better every year due to technology advancing rapidly.  We checked in online 24 hours before travelling, including having printed our own boarding passes, with seats already allocated, sent to our phones.  For us, it started with a 3 hour drive to London Heathrow where parking was booked online and consisted of a very easy process from the moment we pulled up, to 20 minutes later being inside Heathrow standing at a self service machine where we were putting in our flight details and printing out our bag tags, then walking up to where we say, “goodbye, please be there a million miles aways at the other end of the journey,” to our bags and realising we hadn’t queued for anything yet.

Security was next, where there was ‘some’ queuing, but to be honest as you zig zag round all the strategically placed tape and bollards, we didn’t stop moving.  We soon got to the security area where shoes come off, belts off, coats off, everything out of bags and put in trays ready to be scanned?  No, none of that anymore, just coats off and bags with contents left in, on a tray and through the scanner they go while you walk through the human scanners and hope you don’t beep.  I’ve never got through security so quick and easily! Eh Voila, we were in the main hub of departures looking for somewhere to have lunch.

I honestly think Heathrow is a fabulous airport, there are so many choices of places to eat, and it’s like being in a large shopping mall.  You think you have hours to wait before boarding your plane, but that time soon goes.

A good lunch, a few items from duty free purchased and my favourite thing to do in a departure lounge…losing some time in the book shop, choosing that holiday book, or in my case, three!

I had decided to have a change to my normal genre.  I normally love and have recently read two Tudor based novels The Kings Curse and Three Sisters, Three Queens both by Phillipa Gregory, which have been excellent, but I seriously need a break from the dark Tudor days and well, they were brutal in those days, weren’t they?  I’d normally then reach for a gripping thriller or more recently I’ve been enjoying Terry Tylers Project Renova series, which I have yet to finish the last one, Legacy, (already on my kindle waiting), but I decided I needed a complete change, something light hearted, can’t put down, maybe a comedy, was I talking about a romantic comedy?  Not my normal read at all, but I was looking forward to browsing in the book shop.

The first one that caught my eye was The Flat Share by Beth O’Leary.  Two people, because of personal circumstances end up sharing, not only a room, but a bed, (it’s a one bed flat).  The twist? Two total strangers, of opposite sex and have never met, nor should they meet, as one works nights and the other days.  I checked out the first page, it gripped me straight away, a keeper! I then spotted a table where ‘buy one get other half price’ books were piled high. I picked up a further two books, Big Sky, by Kate Atkinson and Nine Perfect Strangers by Liane Moriarty, both seemed funny and intriguing and all of a sudden I had three books in my hand as Jon came sidling up with his choice of reading material in hand, a Sailing magazine.  “I can’t choose” I said, “get them all, it’s not as if they won’t get read.”  That’s all I needed to hear and it’s what I was hoping he’d say.  Sorted!  Then a sudden realisation, time had run out and we had to get to the departure gate, quickly as they were calling for our flight over the tannoy.

We were on our way, next stop, Calgary.  After around eight hours in the air, with not a lot to report other than a couple of holiday celebration gin and tonic’s were enjoyed and a chance for the two of us to enjoy films we wouldn’t necessarily watch together, for instance Jon chose ‘IT’, a horror, which I never liked to watch and also a daft zombie film.  Not my cup of tea at all.  I chose ‘Rocket Man‘, Elton John’s story, which is brilliant, what a talent!  I also watched ‘Judy’, the very sad film about Judy Garlands life story, brilliantly acted by Renee Zellweger.   The rest of the flight, I read my new book ‘Flat share’, finding it very hard to put down and every now and again letting out a little giggle. Great choice, love it!

Landed in Calgary eight hours later, and as always, I wanted to give the pilots a big grateful hug as I left the plane, (I’m not that good at flying, I always think it’s a bonus to get to the other end safely), obviously the pilots were left unscathed as I chickened out, smiled and said a heartfelt thank you, as I always do.  A three hour wait in Calgary, after sailing through security with ease, but I for one didn’t mind the lay over as I couldn’t wait to get my head into my new book.

As we sat on the next plane, which was only to be a hop, skip and a jump to Kamloops, around a fifty minutes fight, I was absolutely fine until Jon realised it was a propellor plane.  “What?” I didn’t believe him as first, but as I craned my head to see out of the tiny window I saw it, a propeller… he was right.  We were hurtling along the runway and I could see the propellors spinning.  Okay, breathe.  It was noisy, and bumpy and after the very smooth flight we’d had just a few hours earlier, I wasn’t happy.  I gripped Jon’s arm waited for the inevitable disaster to happen on the runway, a disaster, of course which never happened, “Just think of it as a new experience”, Jon whispered.  My look to him was enough for him to just sit back, close his eyes and let me squeeze his arm.  The flight was okay, not the smooth flight we’d previously had, but, we got there.  I now had ten days in which to prepare myself for the return journey.

Arrived in Kamloops and after retrieving our luggage, we were met by a very friendly Canadian guy who was to be our driver to our hotel in Sun Peaks.  I don’t remember much about this transfer as in our heads it was around 3 o’clock in the morning, it’d been a long day and we needed a bed with a soft pillow.  Less than an hour later, I hadn’t recalled any of what our driver had been telling us about Kamloops and Sun Peaks, but I’m sure it would’ve been very interesting information, if only my brain hadn’t been like mush.

We arrived, dived into bed as soon as we worked out that it was one that you pulled down from the side of the wall, and we slept for 10 hours.

We were in Sun Peaks, Canada for 10 days of snowboarding.  Let it snow!

I’ll be back to let you know how it all went and to introduce a few snow ghosts.

Anyone having winter holidays this year?

I’d love to know where, let me know…

If you fancy keeping in touch and following Loving The Fifty Something, here’s where you can find me…

* There are affiliate links attached to this blog, which means if you click on a link, it may take you to a shopping platform and at no extra cost to you, if you purchase something, I may gain a few pennies, which helps to keep this blog running and keeps the cuppa’s flowing.  I and my pooches appreciate the support 🌸 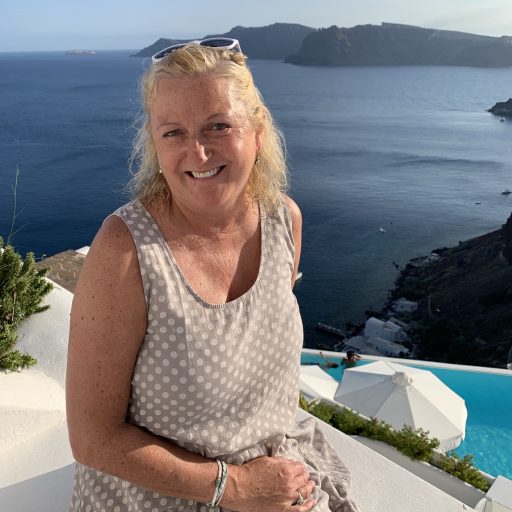 Living Life Your Way After 50